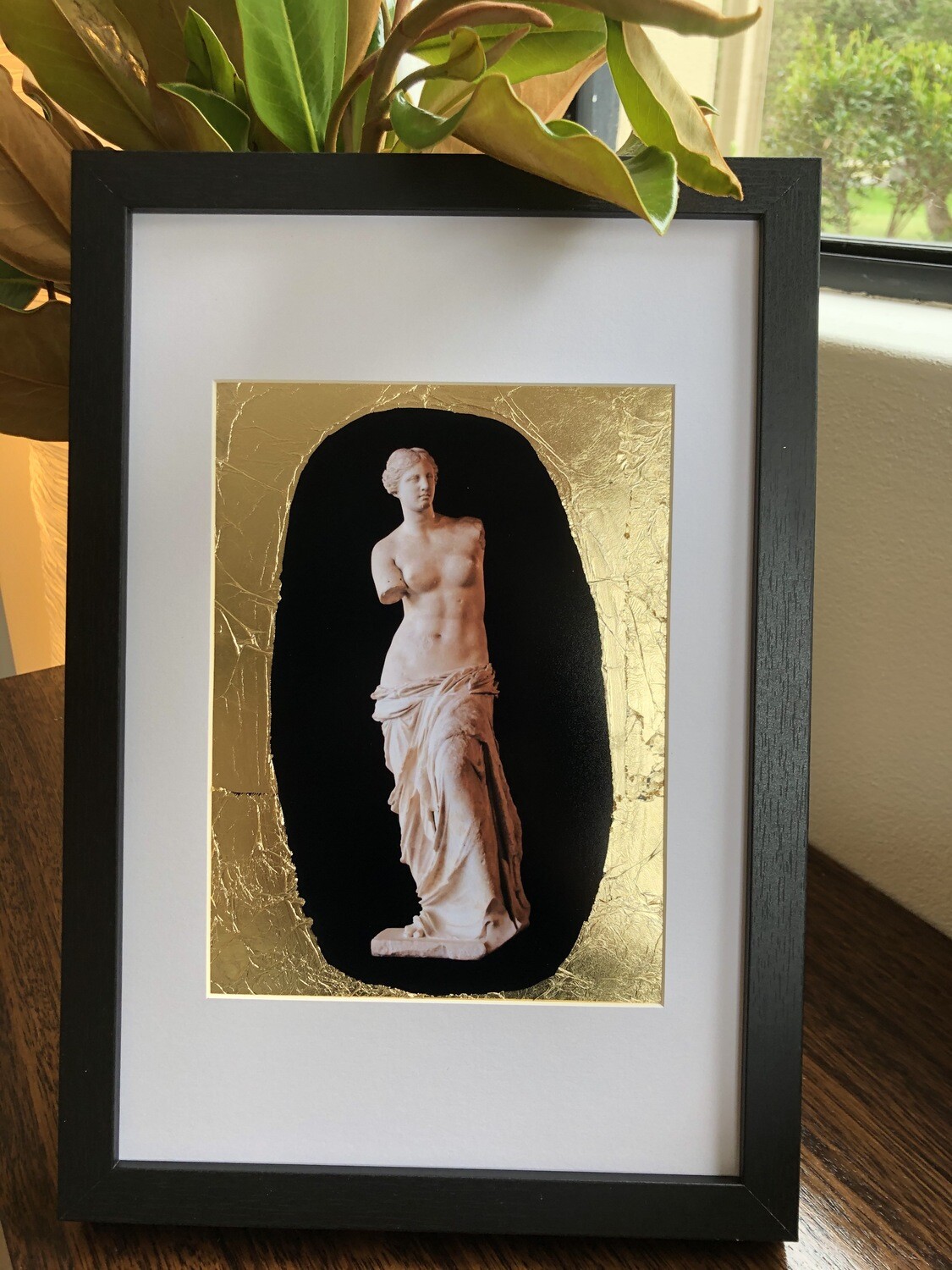 The Venus de Milo (Greek: Αφροδίτη της Μήλου, Aphroditi tis Milou) is an ancient Greek statue and one of the most famous works of ancient Greek sculpture. Initially it was attributed to the sculptor Praxiteles, but based on an inscription that was on its plinth, the statue is now thought to be the work of Alexandros of Antioch. Created sometime between 130 and 100 BC, the statue is believed to depict Aphrodite, the Greek goddess of love and beauty.

This is an original one of piece that has gold inclusions and a handmade effect.

Sold as artwork only, without frame.

Save this product for later